IAS/DIMACS postdoctoral fellow Noga Ron-Zewi and her collaborators have made several recent breakthroughs in the study of locally testable and locally decodable codes. Among other things, their work provides an exponential improvement on the best-known query complexity of such codes.

IAS/DIMACS postdoctoral fellow Noga Ron-Zewi and her collaborators Swastik Kopparty and Shubhangi Saraf, both faculty members in Computer Science and Mathematics at Rutgers, 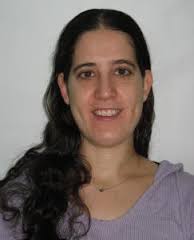 graduate students Sivakanth Gopi and Rafael Oliveira of Princeton University, and Or Meir of the University of Haifa have made several recent breakthroughs in the study of local codes.

In today’s world, huge amounts of data need to be reliably stored or transmitted, but a certain amount of noise or corruption is inevitable. An error-correcting code is a scheme for robustly representing data in the form of codewords that allows one to detect and correct errors in transmission. Locally testable and locally decodable codes are special families of error-correcting codes that admit highly efficient algorithms for error detection and correction. In contrast to classical error-correcting codes that must examine an entire transmission in order to detect or correct errors, these codes enable detecting and correcting errors with high probability in sublinear time by probing only a small number of entries of a corrupted codeword.

Locally testable and locally decodable codes have been intensely studied for the past two decades with numerous applications to complexity theory, but their relevance to transmission and storage of massive data and the use of local codes in cloud storage systems has heightened recent interest. 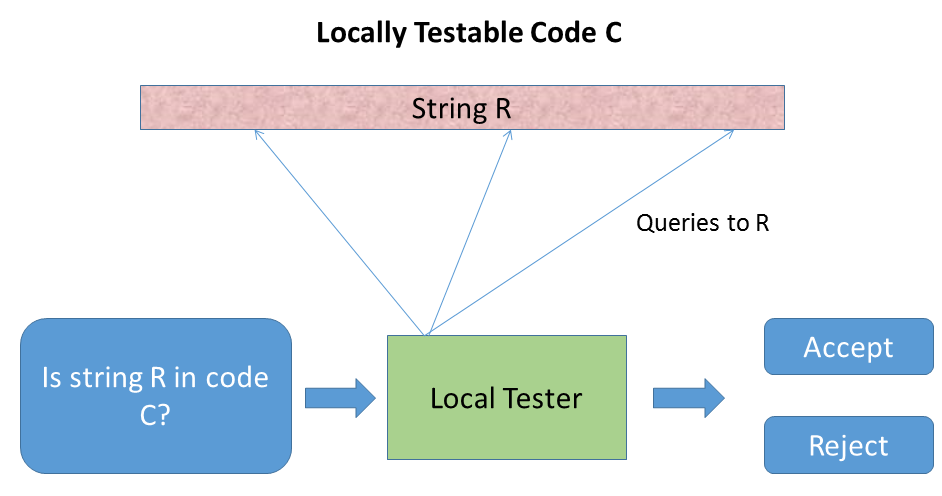 Ron-Zewi and her collaborators also showed that their codes can achieve stronger trade-offs between rate and error correction capability than were known previously. Over large alphabets (of constant size), their codes approach the Singleton bound, meaning that they achieve a tradeoff between rate and error correction capability that is essentially best-possible for general error-correcting codes. In follow-up work to be presented at the 28th Annual ACM-SIAM Symposium on Discrete Algorithms (SODA 2017), Gopi, Kopparty, Oliviera, Ron-Zewi, and Saraf showed that such codes can also approach the Gilbert-Varshamov bound which is the best known trade-off over the binary alphabet. This has the surprising consequence that asking for a large-alphabet error-correcting code to also be locally decodable or locally testable does not require any sacrifice in terms of rate and error correction capability.

As an IAS/DIMACS postdoctoral fellow, Ron-Zewi spent the 2014-15 academic year at the Institute for Advanced Study (IAS) and the 2015-16 academic year at DIMACS. In a brief update for the IAS Newsletter, Avi Wigderson described the results saying, “For both testing and decoding, new codes were designed with rate approaching 1 (namely, negligible redundancy), for which the number of queries needed is sub-polynomial! All previous constructions with such query complexity have extremely poor rate, whereas constant rate codes could only work with polynomially many queries in the blocklength.”

In 2016, Ron-Zewi joined the faculty of the computer science department at Ben-Gurion University in Israel following the completion of her postdoc at DIMACS.

The results in their STOC 2016 paper were also presented by Saraf at the DIMACS Workshop on Cryptography and its Interactions: Learning Theory, Coding Theory, and Data Structures in July and by Kopparty in a TCS+ seminar in September. A video of Kopparty’s TCS+ talk is available here. A full version of this paper is available in two parts on the ECCC: [TR15-068] [TR15-110]

The results that are to appear in their SODA 2017 paper were presented by Kopparty at the Computational Complexity workshop held at the Banff International Research Station (BIRS) in September, 2016. A video of Kopparty’s BIRS talk is here. A full version of this paper is also available on the ECCC: [TR16-122].