Home > News > A Decade of Disease Modeling in Africa

A Decade of Disease Modeling in Africa

The March 2016 workshop on "Modeling of Infectious Diseases with a Focus on Ebola" was the tenth workshop that DIMACS has organized and held in Africa over nearly a decade of engagement with researchers in Africa.

The March 2016 workshop on “Modeling of Infectious Diseases with a Focus on Ebola” was the tenth workshop that DIMACS has organized and held in Africa over nearly a decade of engagement with researchers in Africa. The workshop was held in Senegal, close to the areas of West Africa hardest hit by the 2014 Ebola outbreak but itself largely untouched by Ebola. The workshop examined how mathematical models can be used to understand and forecast disease spread, as well as how they can help to evaluate the effect of different interventions on epidemiological outcomes.

Accelerated urbanization in the developing world concentrates population and creates conditions that are ideal for increased rates of disease transmission. Combining this with the interconnectedness afforded by improved transportation, increasing migration, tourism, and global trade, infectious diseases emerge and re-emerge more frequently, spread greater distances, and evolve into new and more virulent strains. All of these factors accentuate the need for a prompt and well-informed response to an emerging outbreak. 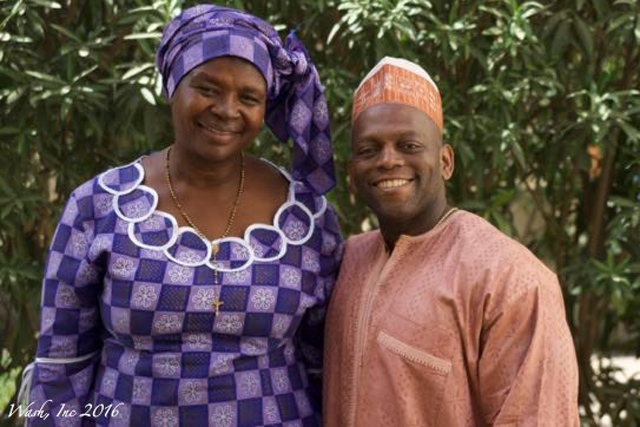 Mathematical models played an important role in the response to the 2014 Ebola outbreak. As the emergency progressed, researchers developed mathematical models of Ebola’s epidemiological dynamics to help improve understanding of its transmissibility and of the potential effectiveness of various interventions that had been or could be implemented in West Africa. Dr. Michael Washington, a participant in the workshop and a Health Systems Specialist with the Centers for Disease Control and Prevention (CDC), noted that models brought the need  for intervention in West Africa into sharp focus. He said, “our largest and most influential modeling results, which were used by the CDC Director Thomas Frieden, were our mathematical model showing the impact of what would happen if we did nothing to stop this outbreak. These results also showed the outcome of delaying the international response, and how we could stop this outbreak if 70 percent of Ebola cases could be placed in Ebola treatment units, had effective isolation, and had safe burials.  This message resonated throughout the public health community and it guided actions of the CDC, United States Government, WHO, and many other partners.”

These studies provided valuable insights on the spread of Ebola in different communities by helping to quantify the differential contribution of safe funeral practices, placement into treatment facilities, limiting social contact, and increasing awareness of the presence of infection within a community. About model predictions for Liberia and Sierra Leone, Washington said, “Not only did our model show what could and should happen, it actually showed what did happen.” A CDC video on modeling for decision making in public health, which was played at the workshop, begins with remarks by Frieden expanding on those of Washington about the role of mathematical models during the Ebola outbreak. 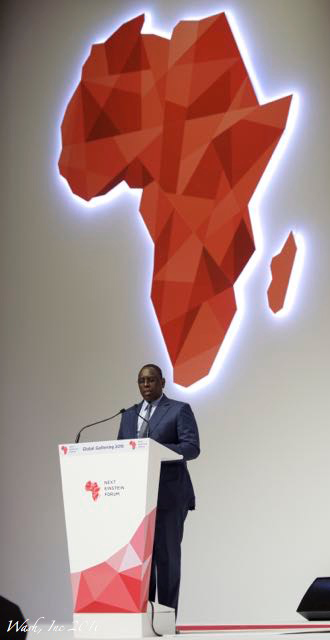 The Senegal workshop brought together  a group of 30 international participants with interdisciplinary interests spanning mathematics, ecology, epidemiology and public health to review lessons learned from the most recent Ebola outbreak and explore how to enhance preparedness for emerging threats such as Zika.  Included in the workshop were government officials from agencies such as the CDC as well as researchers who were heavily involved in managing the Ebola epidemic. Participants in past DIMACS programs—the DIMACS Initiative on Modeling of Infectious Diseases of Africa and the DIMACS/MBI US-African Biomathematics Initiative—were also well represented and included African researchers who had visited DIMACS, as well as US graduate students and faculty who had visited Africa through DIMACS programs.

The workshop was organized by Fred Roberts, Director Emeritus of DIMACS, at the request of the National Science Foundation, as a satellite to the Next Einstein Forum (NEF) Global Gathering, an international event highlighting science and education in Africa, hosted by Senegal president Macky Sall. Most of the workshop participants also attended the NEF Gathering, whose participants included some 1000 invited dignitaries. Among them were prominent scientists, policymakers, and business leaders from around the world, including two African heads of state, NSF Director France Córdova, and science and education ministers from around Africa and other parts of the world. Association of the workshop with the Next Einstein Forum raised the prominence of the topic of infectious disease modeling and highlighted successes that have come from prior funding by NSF of programs in Africa. Two of the workshop participants, Abba Gumel (Arizona State) and Alpha Amadou Sall (Institut Pasteur de Dakar), were among the presenters at the NEF Global Gathering.

Building partnerships between US and African researchers is an important goal of DIMACS programs in Africa. Toward this end, the workshop was preceded by a one-day mini-symposium, also on the topic of modeling infectious diseases and Ebola, held at the University Cheikh anta Diop of Dakar and co-organized with faculty at the university. Michael Washington, who was participating in his sixth DIMACS workshop in Africa, said, “The DIMACS program has exposed many African and American students to how mathematical, economical, and epidemiological models have been and can be used to influence policies and decisions. More importantly, it has helped students to see how they can improve the situation in Africa with their quantitative skills in the area of public health, emergency response and preparedness. Because of these events, I believe more students have decided to pursue careers in areas that are more focused on helping their community.”